Now social marketing is gaining momentum! This post was very informative! I didin't know about those useful tools. 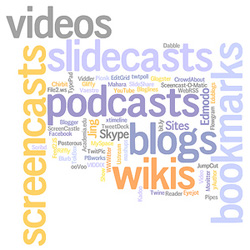 A couple weeks ago I wrote about faking social media.  Generally speaking, it’s best to avoid faking social media and, instead, work on creating real connections with people.  This is especially important for the church.  But just because you shouldn’t totally fake your church’s social media presence, doesn’t mean there aren’t some tools you can use to make things easier and more efficient.

Here are 5 tools which can make you more effective at social media and save you time:

TweetAdder:  There are a lot of spammy things you can do with TweetAdder, but there are also some perfectly legit things you can do as well.  Tweet adder makes it easy to search for and create a list of people in Twitter you may want to follow.  You can automate following people, though that’s getting on spammy side of things.  The best feature (in my opinion) of TweetAdder is that you can automate certain messages.  For example, if someone follows you, you can have TweetAdder automatically send a direct message thanking the person for following you or giving them a particular message you would want to deliver.  Technically, it is “faking” it, but if you would normally send the same/similar message to everyone anyway, why not save yourself some time.  If you would normally not have sent any message, at least this provides a way to send those messages.

1-click Retweet/Share/Like with LinkAlpha: This is a plugin for WordPress is is pretty awesome.  1-click has a feature which puts the most popular social icons into your posts.  Having a way for people to quickly and easily share your content is very important and 1-click’s icons make it easy for people.  1-click can also automatically post to your social networks.  Most people post their blog articles on Facebook, Twitter, etc.  This tool automatically does that for you saving you a little time with every post.

Twitter Lists: Twitter allows you to create lists. Lists allow you to view the tweets of certain groups of twitterers separated out from the rest of your twitter feed.  If you follow people for different types of content, then you can separate them into groups with Twitter Lists.  For example, you may have people you follow about evangelism and other people you follow about church marketing and other people you follow because you know them personally, etc.  You can create a list for each situation making it easier to process the Tweets.  If you follow a lot of people on Twitter then your Twitter feed is probably giving you more tweets than you can keep up with.  Using Twitter Lists you can isolate the people who are the primary people you want follow so you don’t miss their tweets amid the noise of everyone else.  BTW – Hootsuite allows you to create columns for each of your lists.

These tools provide you and your fans/followers/readers the means to supercharge your social media presence.  Social media can quickly become overwhelming and the more successful your social media campaign, the worse it can get (more comments, more tweets, etc.).  The tools above can help you to become more efficient and more effective at social media as well as help you keep your sanity.

What do you think of the tools I mentioned?

Do you have other social media tools which you would recommend?  Let us know.