1
The Church Going Viral
2
Show Us Your Easter
3
Do You Have A Fear Of Church Marketing?
4
Stolen church equipment = outreach opportunity?

END_OF_DOCUMENT_TOKEN_TO_BE_REPLACED

You can see people’s Easters at: END_OF_DOCUMENT_TOKEN_TO_BE_REPLACED

Hi Tim, That's an interesting question. The premise of the question implies that what the Bible explicitly teaches or implies… 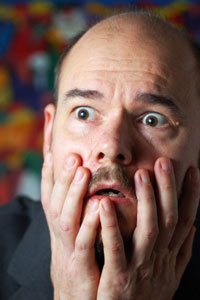 I came across an article from ChurchMarketingSucks.com based on a poll that asked the question, “What is your number one church marketing fear?”  The idea behind the poll is that many churches do not market themselves (or do very little marketing) because the church is afraid.  Maybe it’s a fear that the marketing will not be any good, maybe it’s a fear that the church will become dependant on marketing instead of spiritual growth.  Are you being controled by fear? END_OF_DOCUMENT_TOKEN_TO_BE_REPLACED

Church Marketing Sucks posted an interesting story about Kinetic Church in Charlotte, NC.  Kinetic church holds its Sunday service in a movie theater and so they keep all their gear in a trailer.  About a month ago theives stole the trailer.  In response, Kinetic Church launched an outreach effort with donated billboard space and a coordinated online outreach effort.  They even put this video on YouTube reaching out to the person or people who stole the trailer offering them forgiveness and asking for the opportunity to take them out to dinner.