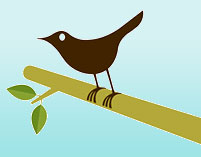 So, what can you do with a 140 character message?  You won’t be writing an exposition on predestination or posting a sermon transcript.  Twitter is self described as being about the everyday, the little things that you wouldn’t normally email someone about or blog about.

On a personal level, Twitter helps you connect with people and get to know them better, by giving you a look into the everyday lives of the people you follow.  It’s like adding details to a drawing.  Even people that you see regularly have aspects of their lives that you probably are unaware of, whether it’s books they are reading, shows they watch, or concerns they have.  Twitter helps people share those parts of their lives.  That in and of itself could be beneficial for churches as it can help your congregation connect on a more personal level and help members of the congregation connect with non-members.

But there are more uses of Twitter for churches.  From announcing upcoming events, to involving people in devotions, Twitter can be a useful tool for churches both in church marketing and in achieving the mission of your church. We’ll be talking a little more about Twitter and why your church should be Twittering.

What Are You Doing?
Do you Twitter?  Does your church?  Tell us how you and your church are using Twitter.