Posts that are displayed on the homepage. 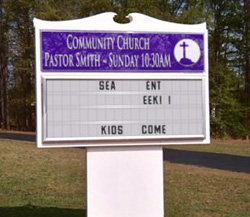 One of the primary elements of a church’s online marketing is their website.  All the link building and SEO can be rendered virtually useless (or even harmful) if the church’s website gives a bad impression to the people who find it. END_OF_DOCUMENT_TOKEN_TO_BE_REPLACED

END_OF_DOCUMENT_TOKEN_TO_BE_REPLACED

Jane, Hah, I hadn't seen it that way. Interesting. I believe it's actually a picture from a Chiropractic conference and…

The Catalyst Conference in Dallas took place May  11-13. I was reading a couple of blogs of people who were attending the conference and live blogging the event.  It struck me.  Every one of these bloggers is providing free marketing for the event.

Best process to get advanced points and methods with this church marketing online blog, it has been updating well fishing… 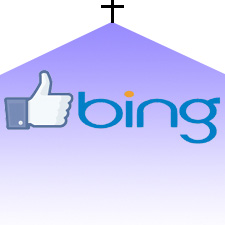 Earlier this week Bing announced that they were rolling out some great new features which integrate Facebook into their search results.  These features influence search results, show you your Facebook friends “liked” pages, provide for Facebook interactions with your friends while searching.  You can read more about the features here, “Bing and Facebook Launch New Integration Revolutionizing Search“.

While there are a lot of cool features Bing has announced, there are something that can really benefit churches greatly.  Here’s how… END_OF_DOCUMENT_TOKEN_TO_BE_REPLACED

The other day, I posted about a video of Kelsey and the miraculous story of her birth.  You can view the video here.  This is an amazing story, but also a great example of how taking a few minutes to setup sharing buttons on content can make a huge difference in how much your content is shared. END_OF_DOCUMENT_TOKEN_TO_BE_REPLACED

Friday! Friday! Friday! To help get your weekend off on the right foot, here’s a funny church video from the folks at RightNowTraining.org. Well, I feel like I’m already getting too deep here.

Do you have a church video? Share it with us. 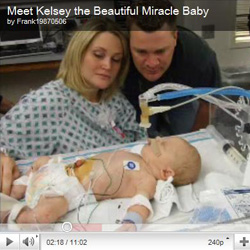 Social media is a revolution.  At no other time in history has a message or news about an event or even video of that event been able to be spread to so many people so quickly.  Consider the recent earthquake and tsunami in Japan.

Within 12 hours of the quake, there were over 4.5 million related Facebook posts from every continent (except Antarctica).  Millions of people posted to Twitter with the rate of related tweets getting to over 1,200 tweets per minute.  Within a few days there were over 9,000 earthquake related videos posted to YouTube and over 7,000 tsunami related videos.

From Death to Life: END_OF_DOCUMENT_TOKEN_TO_BE_REPLACED 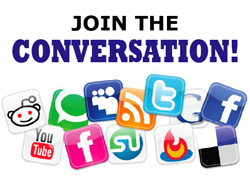 Social media is huge these days.  Facebook has about 600 million members (that’s nearly twice the entire US population), Twitter has somewhere around 150 million users, and some are even suggesting that search engines will eventually be replaced by social networking (we’ll see).  So, do you think the church needs to be involved in social media? END_OF_DOCUMENT_TOKEN_TO_BE_REPLACED

It’s It’s Friday!  So, let’s have another amusing church video.  Today’s video comes from the Real Life worship team at Lakewood Baptist Church.  Take sneak peak behind the scenes at how their worship team get’s ready for each service.

Do you have a video?  Share it with us below. 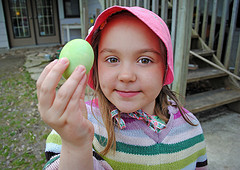 You can see people’s Easters at: END_OF_DOCUMENT_TOKEN_TO_BE_REPLACED